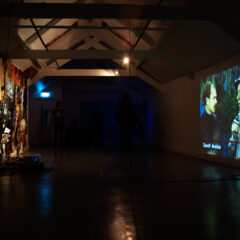 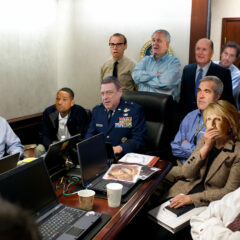 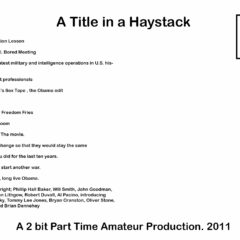 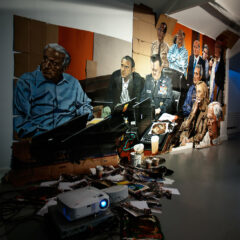 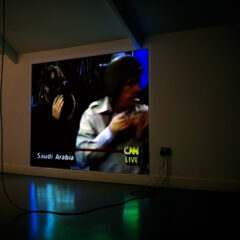 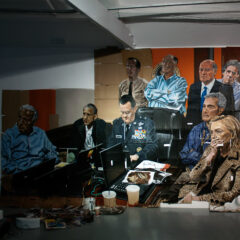 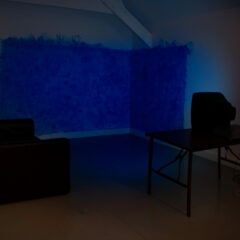 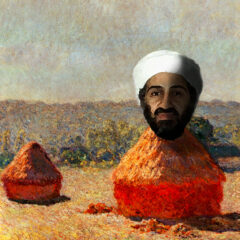 Osama in a Haystack 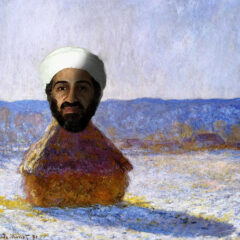 A Man for All Seasons and Scenarios

Charles Jaco was the CNN reporter famous for covering the 1990 Persian Gulf War.

The first part of this video shows the stage set he was on, and he was clowning around with fellow CNN staff. The Saudi Arabian “hotel” in the background were fake palm trees and a blue wall in a studio. This clip was leaked by CNN staff.

The second part of this video was a LIVE CNN satellite feed, recorded onto VHS, and showing the final cut which AIRED ON TELEVISION. Charles Jaco was wearing a different jacket, but he had the same act. The acting was terrible as Charles Jaco wore a gas mask, and his fellow correspondent Carl Rochelle wore a helmet. The sirens and missile sound effects are part of the stage set. The camera never pans out or shows the sky.