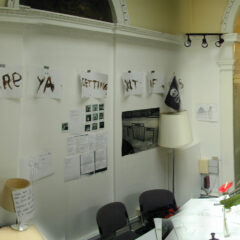 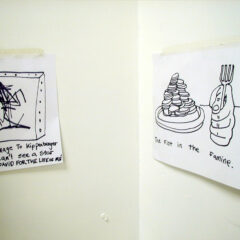 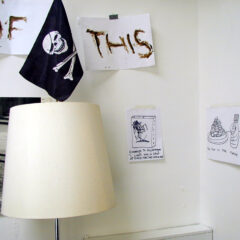 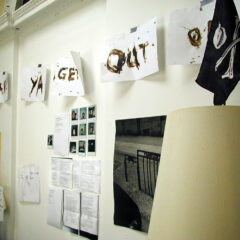 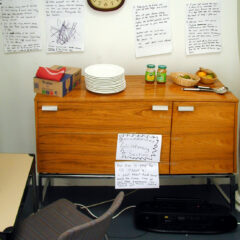 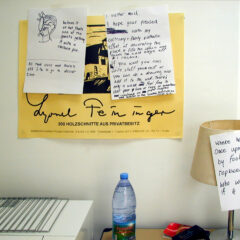 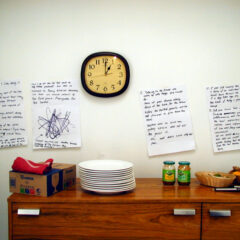 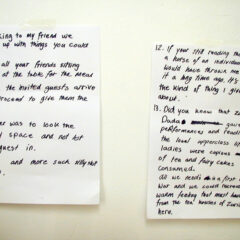 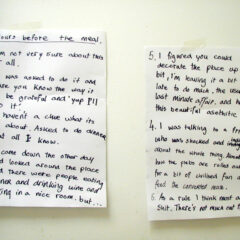 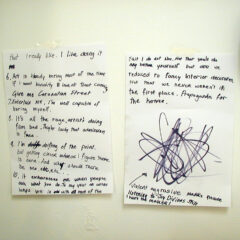 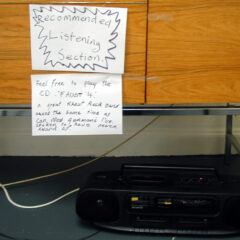 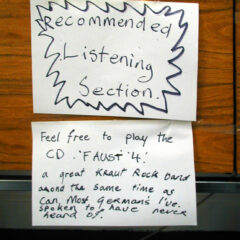 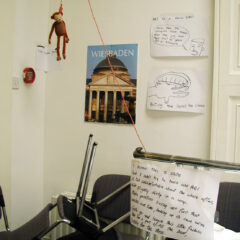 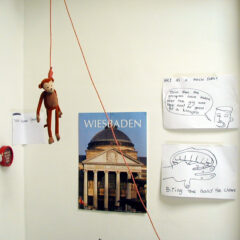 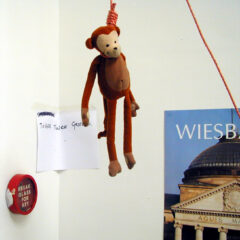 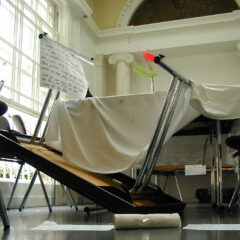 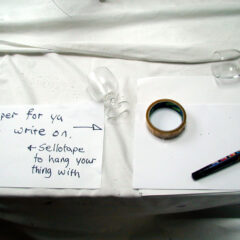 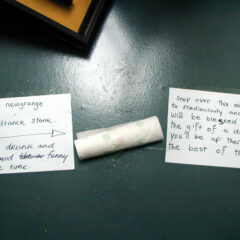 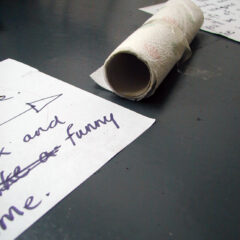 Aubergine and goats cheese on a bed of salad

I was asked to cook a meal in a gallery space by the curators. The meal  for various people involved in the arts was to be videoed and played in the space for the following week. Not quite my cup of tea, but you know how it goes in the arts, opportunities are few and far between and it’s sometimes hard to say no, ‘yeah sure, I’ll do that I’ auto-parroted’. Saying that it’s nice to be asked

Oh I had great plans for causing a fuss, fantasies about inviting a load of gate crashing friends to get a hullie going, TV dinners, etc, etc along those lines. I had to bite the bullet and decided that I would cook a proper meal and do a bit of decoration, that I’d wing it and chance my arm with a bit of spontaneous decoration.

The Chef’s Special was not taken up by everybody. Those who partook in the dish were treated to an exotic taste sensation that enlivened the mind. After the meal there was a bit of banter, the wine was drained and some relaxing smoking toke place. When it was time to tidy and pay our goodbyes I took to decorating the place ad hoc style. I had some A4 sheets, written 2 hours before the gig, with some spiel about my misgivings and apprehension at the whole affair. I hung these on the wall and made a few new pissed drawings and one sculpture that I kinda like. I went in the next morning with a ripping hangover and put the finishing touches to the whole slightly sordid exercise.